Xceptance released version 4.9 of its load testing and test automation product Xceptance LoadTest. This is primarily a 3rd party update release, but also delivers some improvements.

Here is a selection of the most important changes:

Script Developer has been made compatible with the latest available Firefox version, while outdated versions are not supported any longer. Script Developer runs on Firefox 45/ESR up to 53 now.

Update Instructions: Firefox will not auto-update older versions of Script Developer to 4.9.0. You will need to do this manually. Please remove the currently installed version first and afterwards install the new version by simply dragging and dropping the file xlt-scriptdeveloper-4.9.0.xpi onto Firefox. Auto-updating within the 4.9.x product line will then work as usual again.

Alternatively you can visit the Mozilla Add-On marketplace and install Script Developer from there (https://addons.mozilla.org/en-US/firefox/addon/xceptance-script-developer/). Please make sure you uninstall your locally installed version first.

XLT now ships with Selenium 3.4.0. Make sure you update your locally installed driver binaries to the latest available version. This is especially true for geckodriver. In case you experience issues with geckodriver / Firefox, you might be better off running FirefoxDriver in legacy mode. The legacy mode is more mature.

All other core libraries have been updated as well. This also includes HtmlUnit for an improved browser emulation.

The XLT framework also comes with some functional improvements. In case a JavaScript expression in your script test case could not be evaluated successfully for any reason, the root cause will now be listed as part of the exception message. Libraries that make use of Java’s built-in logging framework do no longer log to the console, but to XLT’s log file.

The Mastercontroller now prints the configured load profile to the console when starting a load test and also when displaying the current status. This helps to spot test configuration mistakes earlier. Intermediate results downloaded, while a load test is still running, will now be flagged to distinguish them from final results.

The load test report shows the number of entries in a data table, and when filtering a data table, the footer row is updated accordingly. Load test reports may also be created for only a subset of the agents. You might remember that version 4.8 already delivered the ability to render reports for specific test cases only.

The app server that hosts our demo applications uses ports 8080 and 8443 by default. Since these ports are often already used by other applications, you can now reconfigure them easily.

Our demo application Posters Store now runs with HTTPS only. Any HTTP request will be redirected to use HTTPS.

Sounds interesting? More details can be found in the release notes of XLT 4.9.

Xceptance has released version 4.3.2 of its load testing and test automation product Xceptance LoadTest. This is an improvement and bug fix release. More information about this release can be found in the release notes.

XLT 4.2.0 delivers a large set of new and improved functionality.

The Script Developer has seen a lot of enhancements. Most noticeably is the support of variables now. You can store data from the web page, run calculations in JavaScript and store the result, and reuse all later. There is now the notion of global and local test data. So any data that applies to multiple test cases at the same time can be managed more easily now. Besides the already mentioned store commands, the Script Developer also permits assertion and wait commands for visibility, select and check boxes, as well as value attributes of an element.

Further usability improvements permit easier switching between projects and the execution of a single command in a test case for faster development. Test cases can now be run directly from the package tree without the need to open them first. The test data management has been completely reworked to simplify and speed up editing of data.

The load test engine supports a fully variable load test profile now. You can define any load pattern you want, such as a 24 hour test with peaks around noon and early afternoon, low traffic during night hours, slow ramp up in the morning and multiple load changes over the course of the day. Additionally the ramp up of arrival rates is now supported as well.

To speed up things and fully utilize the available connectivity, the upload to and the download from agents has been fully parallelized. Optionally you can adjust the desired concurrency. Also the timeout against agents can now be set.

The documentation layout as well as the report design have been redesigned to improve usability, make them visually more pleasant, and unify their appearance. Third party libraries used to deliver enhanced functionality have been upgraded to cover the latest browsers as well as UI trends. 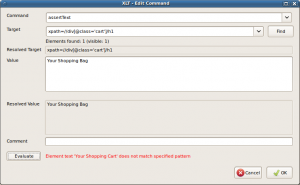 We just released Xceptance LoadTest 4.0.5. It is a minor update and recommended for everyone. But you might have special interests if you use the Script Developer heavily.

The full set of release notes can be viewed directly in the release area. You will also find documentation and the download link there. As usual, th

Today we released update 4 of XLT 4.0. You will find all the details about it at the usual place: https://lab.xceptance.de/releases/xlt/4.0.4/. Check out the release notes too. This release addresses minor script developer defects.

As always, updates are free for all customers and all people using XLT despite the license. 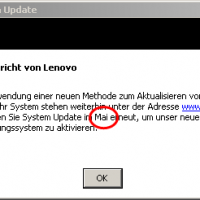